Below is a good article from Inquirer that may help show  a bigger picture than what you may have now about our stock market.
It’s also a good reminder especially for newbies just starting to invest with all the commotion we’re seeing at this time.

Read on and be guarded! 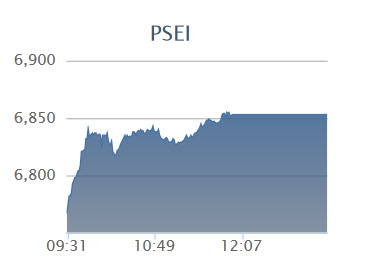 Be wary about investing in stocks. Like any other activity where one can lose money, the stock market is not for the faint of heart. The usual cycle runs like this: An economic boom emerges on the horizon, big investors bet early and accumulate stocks, prices start a dizzying climb, small investors join the fray and buy stocks somewhere near the peak, big investors who bought early start selling at a profit, and—with more sellers than willing buyers in the market—prices tumble. More often than not, small investors are left holding on to stocks bought expensively because they knew very little to begin with, many of them merely lured into playing by relatives or friends of friends who had bragged about making a “killing” in stocks.
Seasoned investors or players make money in stocks, but many others take a hit in varying amounts. Small investors can lose a few hundred to a few thousand pesos. Bigger investors can lose by the hundreds of thousands up to a few million pesos. Economies, on the other hand, can lose billions of dollars. Here’s an interesting piece of data on the magnitude of market losses at the macroeconomic level. Last week, it was reported that Japan’s stock market capitalization was down $577 billion since the high of May 22. This is more than double the Philippines’ $260.24 billion (P10.93 trillion) market size at end-2012. Locally, the market capitalization of companies listed on the Philippine Stock Exchange (PSE) has fallen to P10.78 trillion as of last Friday.
The reason for the current global decline in emerging markets is that the improvements in US employment and housing led institutional investors to believe that the Federal Reserve Board (the central bank of the United States) will reduce its so-called quantitative easing measures aimed at resuscitating the world’s biggest economy. Prospects of an economic recovery in the United States are starting to sap funds away from emerging markets.
Brokers and analysts are convinced that the market’s bull run will extend at least all the way to the end of the Aquino administration in 2016. What they are not saying is that a lengthened market climb is usually interrupted by declines in prices—usually referred to as “corrections”—when those who have made substantial paper profits for buying earlier cash in on their gains. Some of these “corrections” may be marginal, but others can be as sharp as the one experienced by the local market in the past three weeks.
The local stock market has been rising since 2009. The four-year rally has driven the PSE index’s valuation to 19 times the estimated profits for 2013, reportedly the highest price-earnings ratio (PE) among emerging and developed markets. This compares with the five-year average PE ratio of 13 times for local stocks.
The PSE index or PSEi is an indicator of the general movement of stock market prices. It ended 2008 at 1,872.85 points. In 2009, the PSEi gained 63 percent to end the year at 3,052.68. It added another gain of 37.6 percent in 2010 as it closed at 4,201.14. The following year was not as exciting, with the PSEi adding only 4.1 percent to close at 4,371.96. It came back strongly last year, adding 33 percent to end 2012 at 5,812. Last January, the PSEi began a rapid rise to a peak of 7,392.20 on May 15, or a gain of 27.19 percent in less than six months. From the end of 2009 to the stock market bull run’s peak last May 15, the PSEi gained a whopping 294.7 percent. The downturn in the second half of May through early June has cut the PSEi to 6,701.95, although this was still up by 15.3 percent from end-2012.
It is true that many people will continue to make money by investing in stocks. Returns from stock investments can beat yields on bank deposits anytime, or even the rates offered by the relatively safe government securities. But there are risks involved. A company with very solid credentials today can collapse under the weight of an impending economic downturn tomorrow. The 1997 Asian financial crisis and the United-States-led subprime crisis in 2008, which dragged the global economy to a recession, are testaments to this fact.
Many stockbrokers are saying that the recent sharp downturn is a “perfect opportunity to come in,” but would-be investors really need to be most discerning. Seeking expert advice from licensed and reputable stockbrokers is the best way to start.
Source:Inquirer Opinion
***
PS: For beginners, download you perfect starter –My Maid Invests in the Stock Market ,  and start your journey to your millions now na.
BAWAL mabagal dahil sayang ang panahon.
Eto basahin mo, maid ni Bro Bo Sanchez, milyonaryo na. Click mo dito.

Do you want to receive stock picks and other lessons on money management & business ideas?

If you are stilll a new investor, you would not want to miss watching this stocks investing practical guide for newbies.
Make sure to Subscribe to my YouTube channel for more. Click here.
Get your quick guide for beginners how to start investing in the Philippine stock market and more practical trading tips and tricks. Simply sign-up below (it's FREE!)