As of March 2013, Bo Sanchez’s maid,  already had more than half-a-million.

The maid is the inspiration of the book “My Maid Invests in the Stock Market… and why you should Too!”

During that time, Bro Bo updated that his first maid—the first one who started her investment program under his  guidance—had P518,844 in her stock market portfolio! Great job! And she’s only 30 years old.

Bo added that if she keeps investing, she’d have P15 Million by the time she hits 50.

Note: A maid! (Though she’s been promoted as a bookkeeper. You can watch a short video below where I shared the lessons she applied to reach her first million).

I was lucky to see her personally during the Wealth Summit 2013 last March 1. 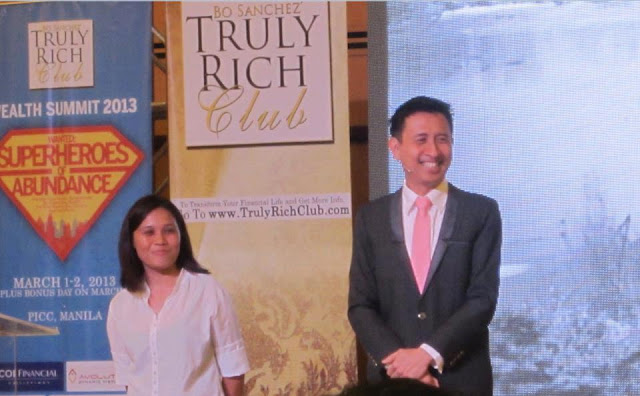 Her name is Gina, and all I can say is she’s a very humble woman.

You wouldn’t even think that there are hundreds of thousands at the back of her meek aura.

When she was called by Bo up on the stage and asked her how much is her current investment, I felt how happy Gina was while answering it teary-eyed. Moments like that are precious memories where you see people filled with so much joy with changed lives.

Sometimes I start to think if I can be a good maid, give up my career and serve Brother Bo while absorbing and learning from him. Wachathink?

So why am I sharing you this update?

First, because I know for a fact that many people were inspired from this story (I for one!) so I thought that updates like this can continue the fire inside these people. You know, many times we need to be reminded often to continue the action we had started. So this one is to set that fire burning again!

Second, because I also use their stocks portfolio performance as one of my baselines when checking the performance of my own portfolio. Since we follow the same strategy of the club, any difference in our performance means I might have done something different.

To give you a historical update, below are some of their “historical records”:

So in a span of four months, Gina  had an increase in its investment amounting to 55,270 while Weng had an investment increase of 34,382.

So putting the numbers , the investment of Gina have increased by P155,186 in a span of almost five months!

In the latest update during the Truly Rich Club Christmas Ball 2014, Bro Bo again let them share how their investments were going so far.

Weng on the other hand answered she had 570k!

Chris, the  driver of Bro Bo who started investing in the stock market much later, had 288k.

I was lucky to have a photo-op with these people. 🙂 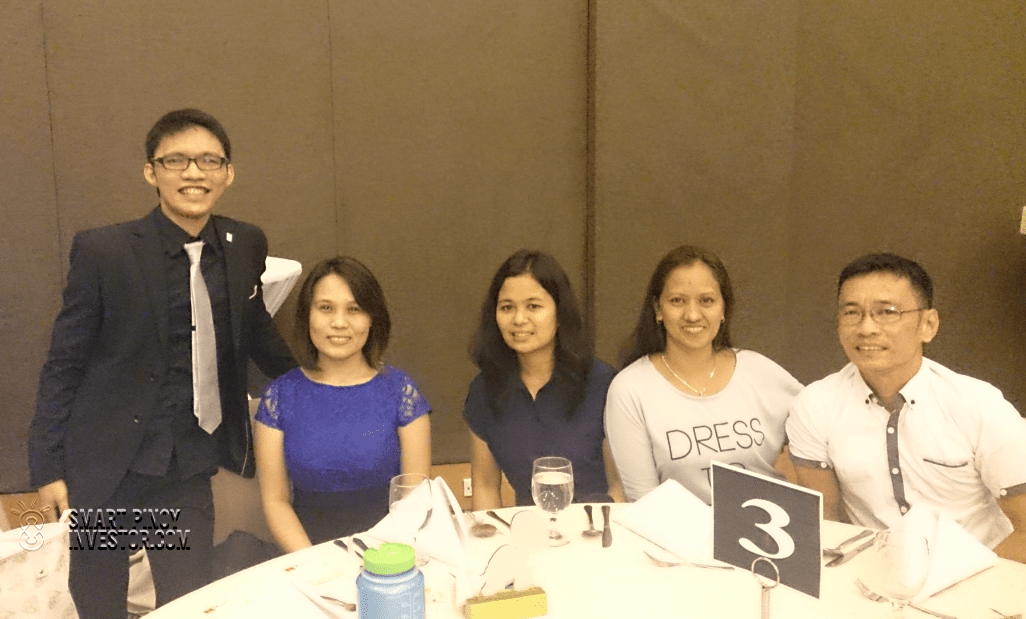 Quite a nice reward for them!

And I could only think of two reasons behind all this good news: (1) the discipline these people have in saving and keeping their investment; and (2) the favorable bull market we’re having now.

From the experience of Chris, one can also learn the value of starting as early as you can.

Of course, you have to realize that these people have Bo himself as their mentor in choosing and buying/selling stocks. Bro Bo suggests buying stocks worth as low as P1,000 to P2,000 consistently on a monthly basis, regardless if the market is up or down. He also advises investing in stocks offered by the country’s largest corporations. Others who don’t have this personal advantage get the same guidance through Bo’s Truly Rich Club.

It’s very true when Brother Bo said that his maids are now richer than many managers!

Hope this update pushes you more for your own dreams.

And I hope that we all catch the discipline and the bull market harvest too!

Have fun investing (keeping the dream within)!

PS: For beginners, download Bo Sanchez’ pdf ebook which started the above story – My Maid Invests in the Stock Market… and Why You Should too! Click here to download for free!

Get your quick guide for beginners how to start investing in the Philippine stock market and more practical trading tips and tricks. Simply sign-up below (it's FREE!)

PS. Do you want to invest and earn in US stocks like APPLE, FACEBOOK, AMAZON or GOOGLE with $1 only?

Trade US stocks commission-free even with little capital. Click here to learn more.

Do you want to receive STOCK PICKS and other lessons on money management & business ideas?

Have you been working so hard, but earning so little?

Secrets Revealed – How to Retire Rich